The stock of relatively unknown electric vehicle (EV) maker Xos (NASDAQ:XOS) made some big gains on the last trading morning of 2021. That may seem odd, but there is a reason why Xos shares popped 12.3% early on Friday. The stock settled back some, and as of 12:25 p.m. ET, shares were trading 5.5% higher.

The move came on a typically slow trading day before the New Year’s holiday, and it ironically looks to have occurred from a comment made by a widely followed tech analyst two weeks ago. Earlier this month, Wedbush Securities analyst Dan Ives said one of the ways to play EV stocks moving into 2022 is by focusing on the adoption of EVs by package delivery companies. 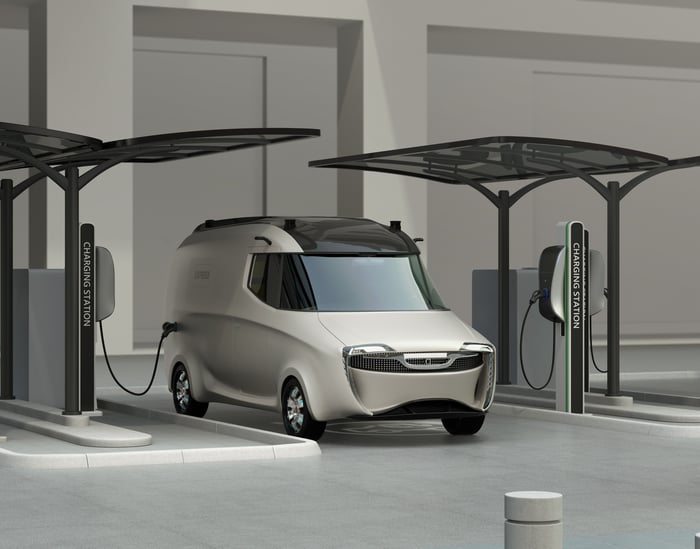 That view was highlighted again this morning on financial news network CNBC, where it noted that Ives included Xos on that list. Xos focuses on medium- and heavy-duty last-mile delivery trucks, and already has orders from delivery giant FedEx.

Xos has only been publicly traded since August 2021 after it merged with a special purpose acquisition company. But one of its big initial customers is FedEx, which along with its ground operations contractors has placed more than 200 truck orders from Xos in 2021. That represents more than 10% of the company’s current total production capacity.

Investors haven’t been enamored by the potential from Xos thus far, with its shares down nearly 60% since its public debut. Supply chain constraints and new battery development caused revenue to drop to just $357,000 in the company’s third quarter, down significantly year over year. But with Ives pointing out that he believes in Xos’ operating niche, some investors today are placing a bet that next year will be much better.