Which Really Costs More: Charging an EV or Filling Up Your Tank With Gas? 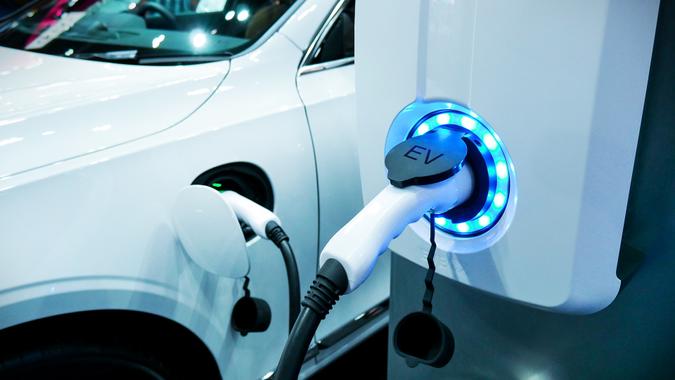 That dynamic is still widely accepted as true, but compelling new evidence reveals a disconnect between the metrics used to analyze fuel costs and the realities that EV drivers face on the ground.

So, are EVs really cheaper to power than internal combustion engine (ICE) vehicles? Well, that depends on the yardstick you use when measuring.

Also See: Want To Switch to an EV? Consider These 2021 Standouts
More: 13 Cars That Are Bad News for Tesla

It’s Cheaper To Charge Than To Pump

In 2020, the Department of Energy (DOE) released a study that was more comprehensive than those that had come before. Using a state-level assessment of EV charging costs, the study’s results were much more granular than what came out of previous studies, which assumed a singular value.

It found that the national average to charge an EV is $0.15 per kWh, which DOE determined translated into savings of as much as $14,500 over 15 years on fuel costs alone.

The jury had returned a verdict.

Yes, EVs cost more to buy, but they paid their owners back for the difference and then some over the life of the car — plus the whole zero-emissions thing — and that’s not even counting state and federal tax credits and other incentives.

But a different study was about to get even more granular.

On Oct. 21, 2021, the Anderson Economic Group — a respected economic consulting firm with decades of auto industry experience — released the results of its own study, which was six months in the making. It was the first installation in a larger economic research series that is still being conducted.

Anderson parsed the costs of EV charging much more finely, going beyond just a state-by-state breakdown to examine rural/urban variations. The new methodology also separated vehicles by segment, use and cost.

Titled “Comparison: Real World Cost of Fueling EVs and ICE Vehicles,” the report’s startling results were summarized in its official synopsis: “Electric vehicles can be more expensive to fuel than their internal combustion engine counterparts.”

More: The Most Reliable Car Brands on the Road

There’s More to It Than Just Gas and Electricity

DOE says that the average cost of electricity for an EV is $0.04 per mile, which means it costs $9 to fully charge a battery with a 200-mile range. By comparison, it costs between $0.07 and $0.10 per mile to fuel a gas car, according to AAA.

The Anderson study, however, challenged the presumption that EVs are cheaper to drive — or even cheaper to fuel. It found that powering EVs comes with four hidden costs: the purchase of a home charger, the greatly inflated price of commercial charging at public stations, “deadhead miles” spent driving to find far-flung charging stations and registration taxes that states slap on EV drivers to make up for the fact that they don’t pay gas taxes. The study also factored in the cost of time spent searching for reliable charging stations, which — even when located — can take a half-hour for a charge of 20% to 80%.

Traditional research — like the industry standard provided by DOE — doesn’t take any of that into account. It also presumes a heavily lopsided reliance on cheap, at-home charging instead of expensive commercial charging.

Advice: 16 Unexpected Car Costs and How To Prepare for Them Now

The More You Consider, the Worse EVs Look

Again, the new research is just the first installment in a larger series, but its results are undeniably head-turning. The study found that:

Andrew Lisa has been writing professionally since 2001. An award-winning writer, Andrew was formerly one of the youngest nationally distributed columnists for the largest newspaper syndicate in the country, the Gannett News Service. He worked as the business section editor for amNewYork, the most widely distributed newspaper in Manhattan, and worked as a copy editor for TheStreet.com, a financial publication in the heart of Wall Street’s investment community in New York City.

Read More: Which Really Costs More: Charging an EV or Filling Up Your Tank With Gas?

What will it take to get more Mainers driving electric vehicles? We hope to find out with

New Homes and Developments to be fitted with EV Chargers