Cue the opening shot or President Akio Toyoda’s remarks from the briefing video embedded below, and one will easily find out that Toyota and Lexus just became the coolest OEMs across the BEV block in one swift presentation. Complete with lots and lots of product announcements.

While in the past the company stayed away from battery electric vehicles, instead of focusing on their iconic hybrids and the prospects of shaping a hydrogen society, they just stared reality in the face. And the latter seemed pleased when it stared back. Because the quirky bZ4X made in collaboration with Subaru is just the appetizer for the BEV storm to come.

As per the head honcho’s own words, we need to talk “about Toyota’s strategy for achieving carbon neutrality.” Particularly the part where they mention battery electric vehicles are now one of their “most promising options.” I think Elon Musk screamed “I told you so” for hours that day, as we should all remember Tesla and Toyota once joined forces to create the second-generation RAV4 EV.

Now, just imagine how far the Japanese might have been in America, at least, if they continued the development partnership and focused on other models as well. Or, as a counterpoint, imagine how much more reliable and higher-quality could have been Tesla’s vehicles if they managed to incorporate the ages-old knowledge of the Rising Sun corporation.

Back from that moment of rhetorical wishful thinking, we can be pleased that Toyota and Lexus at least decided to go against the current EV current of presenting just one model and hoping for the best for years. So, they grasped the concept of not being able to make everyone “happy with a one-size-fits-all option.” Enter the huge roster of BEV concepts.

And know that as far as the current hints are concerned, each of them will make it into series production. Hopefully, sooner rather than the 2030s later. Especially since we have already chosen our favorites. And they’re not of the upcoming “beyond Zero” expansion pack variety.

Instead, we think the greatest success might be achieved with a trio of crossover, SUV, and truck offerings. One from Lexus and the other two from Toyota. Sure, the Lexus Electrified Sport prototype and the small/fun Toyota Sports EV concept are highly enticing, but we also feel they might be too niched to make an impact.

So, without actually placing any bets, our money could be well spent on the Lexus RZ, Toyota Compact Cruiser EV, and the Pickup EV. Logic dictates that all of them already have real-world counterparts, at least spiritual ones. The Lexus RZ is the premium counterpart to Toyota’s bZ4X, acting as the mass-market push for the brand’s electrified revolution efforts.

Interestingly, there’s a new take on the traditionally humongous spindle grille. Thus, it remains to be seen if a huge chunk of metal (or perhaps, recycled plastics?!) will be well received by traditional customers. If Lexus nails the right technical specifications, its usual high quality, and an enticing price point, it might.

On the other hand, with the incredible hype surrounding retro-like off-road SUVs and electric pickup trucks, Toyota probably won’t have issues selling the spiritual EV successor of the FJ Cruiser and the battery counterpart of the legendary Tacoma like hotcakes. I know I would take all three of them: RZ for family affairs, little Cruiser EV for off-roading shenanigans, and the Pickup EV for weekend escapades at the mountain retreat… 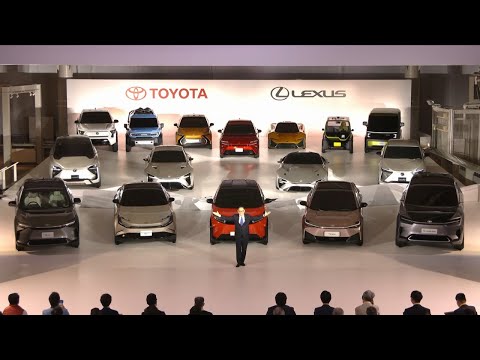 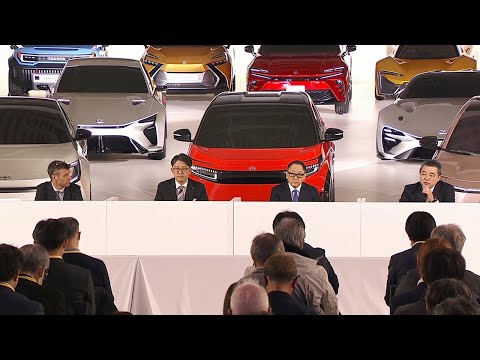 The INSANE rise of electric cars in Norway! More than 50%!