Proterra to build commercial EV battery factory in South Carolina, its third in US – 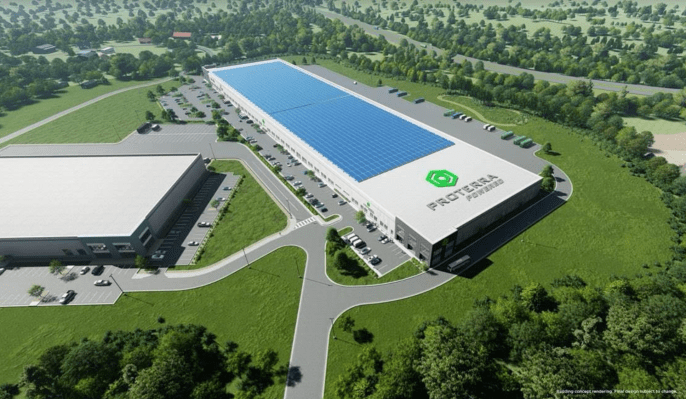 Proterra, an American commercial electric vehicle company that produces transit buses, delivery and work trucks and electric charging systems, is opening up its third battery factory in Greer, South Carolina. The factory should begin production in the second half of 2022 with “multiple gigawatt hours of annual battery system production capacity,” according to the company.

Proterra did not disclose the specific production capacity expected at its South Carolina plant.

Globally, the electric commercial vehicle market is estimated to reach $62.4 billion this year. With myriad government and corporate initiatives focused on decreasing emissions, the commercial EV sector is expected to grow at a compound annual growth rate of 17.3% over the next nine years, and automakers are racing to supply that demand. In January this year, General Motors announced its new commercial electric vehicle brand, Brightdrop, and in September, Ford beefed up its commercial EV unit ahead of the Ford E-Transit work van launch, to name a couple.

With this new plant, Proterra has committed to creating more than 200 jobs in South Carolina and investing a minimum of $76 million into the 327,000-square-foot plant, which is located at the 42.76-acre Carolina Commerce Center. The factory, which is located near the company’s electric bus manufacturing facility, is Proterra’s entry into producing batteries in the eastern U.S., which the company says will bring it closer to its “Proterra Powered” customers. In addition to building its own electric vehicles, Proterra partners with other automakers to integrate its powertrains into their vehicles. Daimler’s Saf-T-Liner C2 Jouley school bus from Thomas Built Buses, for example, is powered by Proterra.

Read More: Proterra to build commercial EV battery factory in South Carolina, its third in US –

LiveWire to Become the First Publicly Traded EV Motorcycle Company in the U.S.