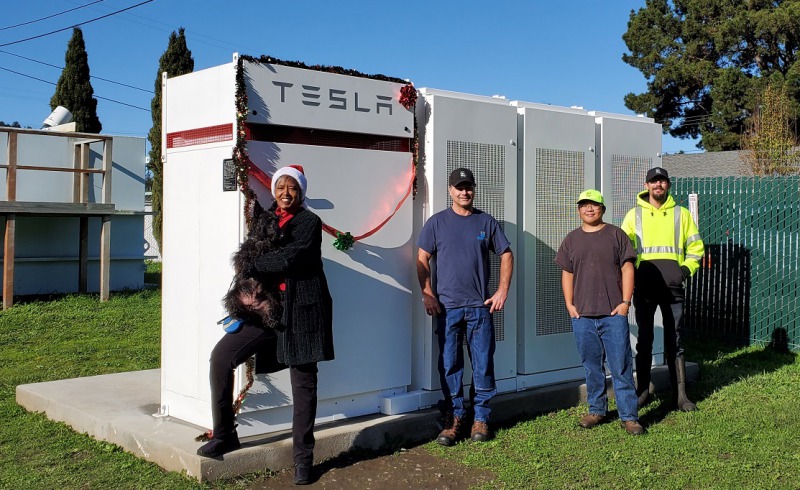 Press release from the City of Rio Dell:

On Thursday, December 9, 2021, Mayor Debra Garnes officially opened the City’s new “Rio Dell Big Battery” energy storage facility built by Tesla. The facility was made possible through the California Public Utility Commission’s (CPUC) Equity Resilience Self‐Generation Incentive Program. The CPUC created the program as a result of the 2019 Public Safety Power Shutoffs. The project has been delivered at no cost to the City.

Located at the City’s Corporation Yard, the battery system can power both water and wastewater treatment systems for up to 20 hours of operation independent from the electricity grid. The system also stores electricity during low pricing periods and offsets energy consumption during high price periods, thereby helping to reduce energy costs.

“We appreciate the opportunity to work with Tesla on this project.” Stated Rio Dell City Manager Kyle Knopp. “The new capabilities of this system will enable us to better serve the community during potential future blackouts or other energy disrupting events.” 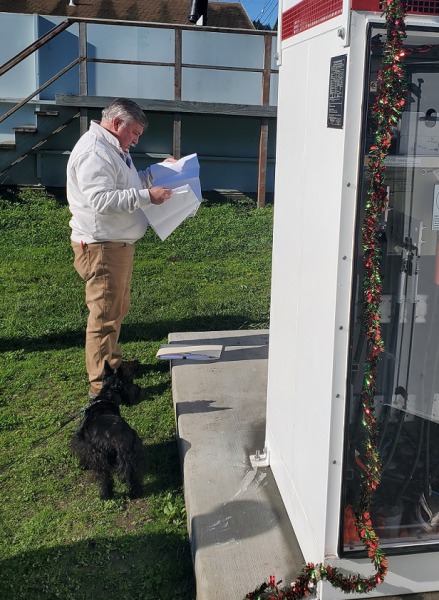 Tesla battery system goes through one if its final inspections.

Green incentives usually help the rich. Here’s how the Build Back Better Act could change