LG Energy Solution’s IPO set to raise up to $10.9 billion By Reuters 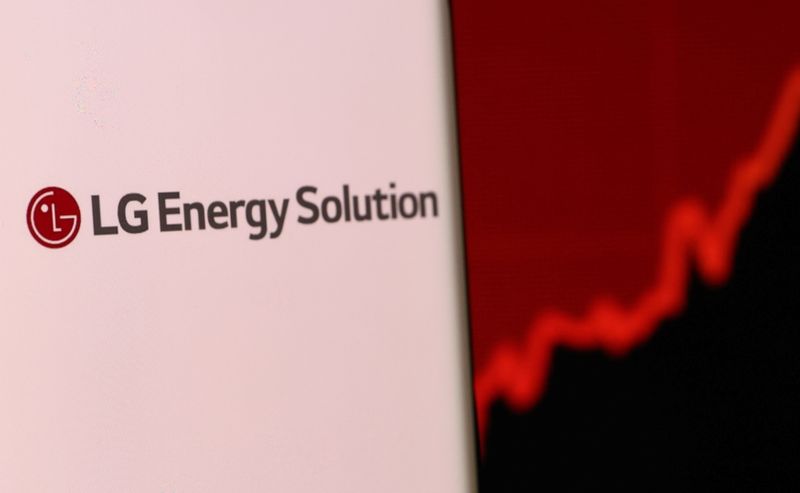 © Reuters. LG Energy Solution’s logo is pictured on a smartphone in front of the stock graph displayed in this illustration taken, December 4, 2021. REUTERS/Dado Ruvic/Illustration

By Heekyong Yang and Joyce Lee

SEOUL (Reuters) -South Korea’s LG Energy Solution (LGES) is likely to raise up to 12.8 trillion won ($10.87 billion) in what could be the country’s biggest initial public offering, as the battery maker seeks funds to expand and meet booming demand for EV batteries.

Even at the low end of the range, this would be South Korea’s largest listing, beating Samsung (KS:) Life Insurance’s 4.9 trillion won IPO in 2010.

LG Chem plans to offer 8.5 million existing shares in the same price range, according to a separate filing.

In this range, LGES’ valuation would be as much as 70.2 trillion won, the company said in a statement.

The pricing is expected to be finalised in the coming weeks, with a listing in Seoul expected in late January.

South Korea is seeing its hottest IPO market on record this year. So far, more than 20 companies have gone public on the country’s main market, raising about 17 trillion won, beating the 8.8 trillion won raised in all of 2010, the previous biggest year on record, according to the Korea Exchange.

Global EV sales, estimated at 2.5 million vehicles in 2020, are forecast to grow more than 12-fold to 31.1 million by 2030 and account for nearly a third of new vehicle sales, according to consulting firm Deloitte.

Disclaimer: Fusion Media would like to remind you that the data contained in this website is not necessarily real-time nor accurate. All CFDs (stocks, indexes, futures) and Forex prices are not provided by exchanges but rather by market makers, and so prices may not be accurate and may differ from the actual market price, meaning prices are indicative and not appropriate for trading purposes. Therefore Fusion Media doesn`t bear any responsibility for any trading losses you might incur as a result of using this data.

Fusion Media or anyone involved with Fusion Media will not accept any liability for loss or damage as a result of reliance on the information including data, quotes, charts and buy/sell signals contained within this website. Please be fully informed regarding the risks and costs associated with trading the financial markets, it is one of the riskiest investment forms possible.