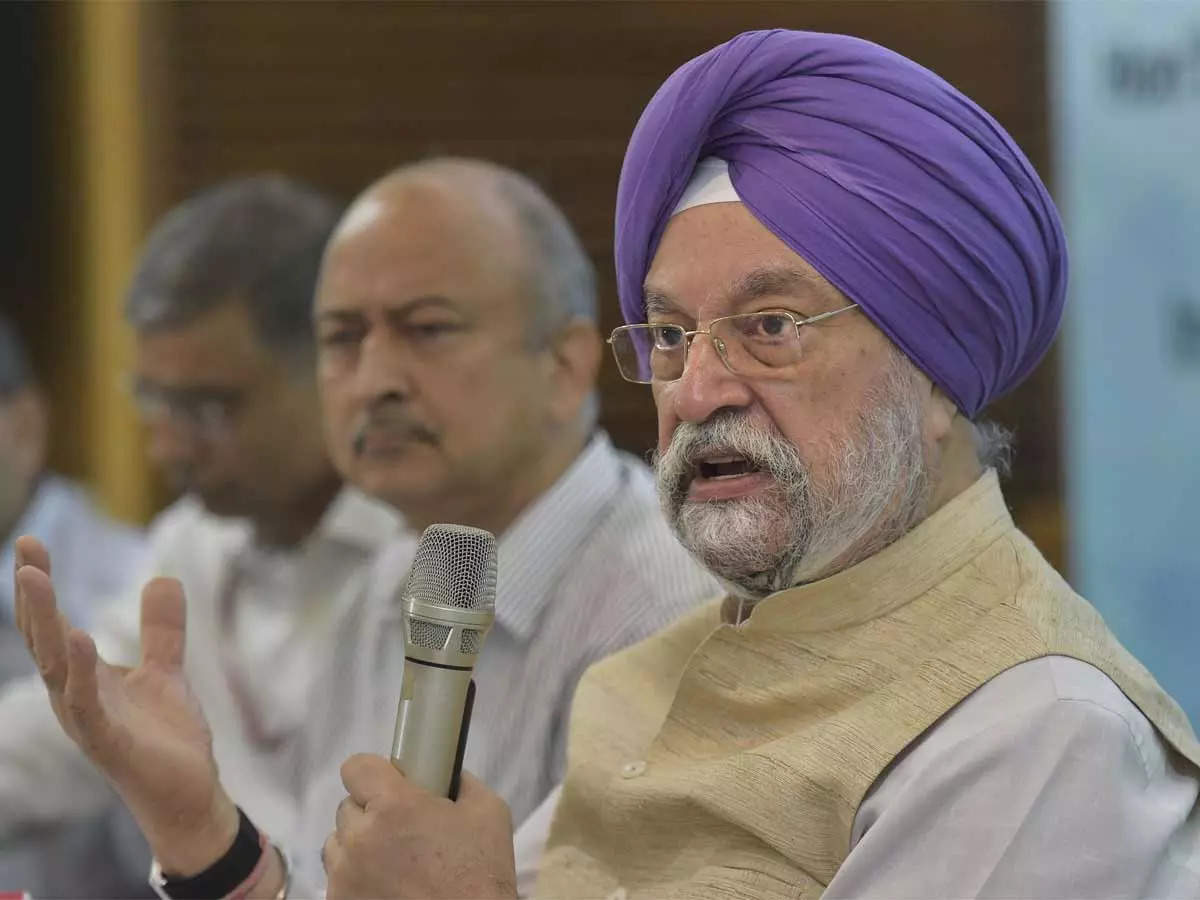 Petroleum Minister Hardeep Singh Puri on Friday said continuing high international oil prices will hurt the global economic recovery as he made a renewed pitch to Saudi Arabia and other OPEC producers to not keep production levels artificially lower. He described India alongside the US, Japan and Korea releasing oil stock from its emergency stockpile as a very bold move.

Earlier this week, India agreed to release 5 million barrels of crude oil from its strategic reserves as part of coordinated international efforts to cool oil prices. The US announced the release of 50 million barrels.

But this did not change the prices much and rates fell to USD 77 per barrel on Friday only because of concerns of a new variant of coronavirus hurting demand.

“Release of strategic oil, whether that is symbolic or real, I don’t know, but it is a very bold move,” Puri said at the India Economic Summit of Republic TV.

India is the world’s third-largest oil consumer and importing nation and has been severely impacted by the relentless rise in international oil prices. Retail petrol and diesel prices shot up to record levels earlier this month before the government cut taxes, costing it Rs 60,000 crore in revenue this year.

“We have told the producing (nations) if you don’t exercise caution you will be in a situation that your desire to maximise profit in the short run will undermine the global economic recovery. If that gets undermined, then whom do you sell the oil,” he said.

“I am very confident that this government has shown the way. We will do whatever it takes to protect the consumers,” Puri asserted.

The government earlier this month cut excise duty on petrol by Rs 5 per litre and diesel by Rs 10 a litre. Most states also reduced their VAT to provide further relief to consumers.

Puri said oil prices are determined by Saudi Arabia, UAE, Russia as part of OPEC+. “They have kept their supplies below demand. They are saying that its temporary for one-two months after two months there will be more supply available than demand. That’s what they are saying.”

On domestic fuel prices, Puri sad the government wants to bring petroleum products under GST to help reduce levies but the state governments are opposing it.

“They will never want to lose revenue from liquor and petroleum fuel and they only use this as a talking point against us,” he said. India’s 5 million barrels of oil released from strategic reserves almost equal its daily oil consumption of 4.8 million barrels.

ADNOC of the UAE has leased half of the Mangalore storage, while the remaining is with state-owned MRPL. State-owned firms and the government have stocked oil at the other facilities.

India, along with other major oil consumers China, Japan, South Korea and the United States, on Tuesday announced plans to release oil from strategic reserves in an attempt to cool prices.

Tesla Model Y: Roadshow Regrets Buying It & Advises You Not To