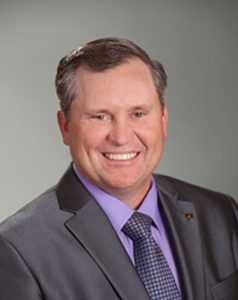 The number of Americans applying for unemployment benefits has fallen for the seventh straight week to a pandemic low 268,000. The Labor Department says jobless claims dipped by 1,000 last week from the week before.

Minnesota’s unemployment rate in October 2021 is back to where it was immediately before the global pandemic was declared in March 2020 at 3.5% (revised), down two-tenths of a percentage point from September.  The Minnesota Department of Employment and Economic Development (DEED) reports the decline was primarily due to people moving from unemployment to employment, although the size of the labor force shrank slightly by nearly 1,000 people.

The average long-term U.S. mortgage rate rose this week, with the main 30-year rate inching back up over 3%. Mortgage buyer Freddie Mac reported Thursday that the average rate on the 30-year benchmark home loan jumped to a still-low 3.1% from 2.98% last week. A year ago at this time the rate was 2.72%.

A new monthly survey of bankers in rural parts of 10 Plains and Western states suggests rising economic growth in the region, but confidence in the economy’s future continued to drop. The overall Rural Mainstreet economic index rose in November to 67.7 from October’s 66.1. Any score above 50 suggests growth.  The survey covers the Dakota’s and Minnesota.

North Dakota’s eight commercial service airports posted almost 87,000 airline passenger boardings during the month of October. The demand for air travel in North Dakota has seen a steady recovery throughout 2021 and has currently stabilized to approximately 15% below pre-pandemic numbers.  The 7,339 passengers that passed through the gates of the Grand Forks Airport nearly doubled last year’s total for the month.  Boardings at the GFK are down 25% from pre-pandemic 2019.

Department store chains Macy’s and Kohl’s delivered strong results for the fiscal third quarter as shoppers go back to buying dresses and other goods that fell to the bottom of the shopping list when the pandemic struck. Macy’s and Kohl’s swung to a quarterly profit as sales surged.

The Minnesota Municipal Power Agency (MMPA) has partnered with the City of East Grand Forks to install a new two-car Level 2 electric vehicle (EV) charger in the City.  The EV charger is located in the city-owned parking lot behind the River Cinema.  The charger is compatible with most EVs and allows for payment by credit card at the device or through an app.

The Community Foundation of Grand Forks, East Grand Forks & Region has secured an American Rescue Plan grant from the National Endowment for the Arts (NEA) to help the arts and cultural sector recover from the pandemic. The $150,000 will be used to distribute grants to eligible recipients for operations and facilities, health and safety supplies, and marketing and promotional efforts.

The recent Grand Forks Walk to End Alzheimer’s saw 100 participants from 24 different teams raised nearly $65,000.  Funds raised provide people in the local community with Alzheimer’s and dementia and their caregivers with free care and support services. The health and safety of participants, staff and volunteers remained top priorities.  In North Dakota, there are more than 15,000 people living with the disease and 19,000 caregivers.

Delegates at the 79th NDFB Annual Meeting reelected Daryl Lies of Douglas to a two-year term as NDFB President. Dana Kaldor of Hillsboro was reelected vice president for a two-year term.  Daryl was elected as the NDFB District 6 Director in 2013 and as the NDFB President in 2015. He and his wife, Kim raise hogs, sheep and goats. NDFB is a farm and ranch organization in the state of North Dakota, with 28,000 members and 50 organized county Farm Bureaus.  (Picture: Lies)

Heather Jenkins has been named the 15th superintendent of the Life Skills and Transition Center (LSTC) in Grafton, effective Dec. 1.  Jenkins was appointed interim superintendent in July 2021 following the retirement of long-time LSTC employee and Superintendent Sue Foerster

The Community Violence Intervention Center (CVIC) has released a book commemorating its first 40 years as a leading domestic and sexual violence service agency in the region.  Two-Generation Guardians: Peacemakers Changing the Face of Violence – For Good, authored by President/CEO Coiya Tompkins, discusses a cross-section of people who have been instrumental in shaping CVIC’s prevention and intervention work in greater Grand Forks.  Copies can be purchased through cviconline.org or at the CVIC office in downtown Grand Forks.

Disney Cruise Line will require all guests ages 5 and up to be fully vaccinated against COVID-19 before setting sail starting early next year. The company posted a statement on its website Wednesday announcing the new rules will begin Jan. 13, 2022.

Gotion Might Build EV Battery Plant in Michigan, a $2.4 Billion Investment and 2,350…

US leaders can help win the EV battery race